This discovery project aimed to better understand the challenges around data in Scotland’s Carers Census. I worked with a user researcher and programme manager to design and host a number of online workshops and interviews with key stakeholders.

I used the insights from this work to create a visual map illustrating the end-to-end journey and its context. It identifies 7 key themes across all perspectives, experiences and interactions involved in collecting, presenting, and using carers census data.

This project aimed to better understand the challenges around data in Scotland’s Carers Census. The carer census was introduced to help monitor the implementation of The Carers Scotland Act (2016) and identify if the Act is making a difference to the lives of carers in Scotland. It collects a variety of information on unpaid carers and the support they are provided with. Data is collected annually via Health and Social Care Partnerships (HSCPs) and local carer organisations. There continues to be significant gaps in data about unpaid carers in Scotland with the most recent Carers Census report highlighting challenges around quality and variance of data being submitted from local areas. Concerns had also been raised that the requirement for data has impacted on local assessment practice and the experience of staff and carers. 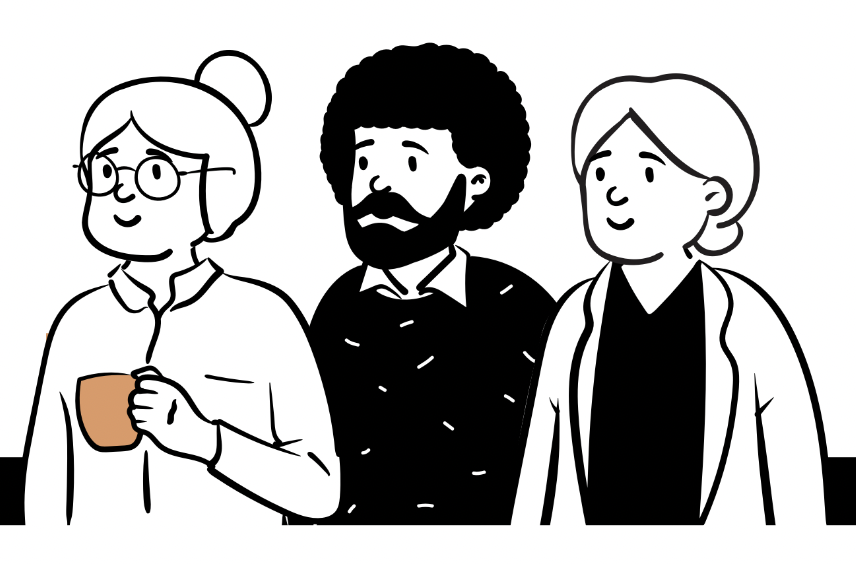 During this discovery project I worked with a user researcher and programme manager to design and host a number of remote events and interviews with key stakeholders. Over the course of the research, 113 participants from national organisations, public sector, and third sector took part in 6 workshop representing 30 out of 31 Health and Social Care partnerships across Scotland. In addition, a total of 20 interviews with unpaid carers were conducted with participants from East Lothian, Highlands, Lanarkshire, Moray and Western Isles. We identified cross cutting themes through thematic analysis and as well as recommendations on areas for further investigation and next steps.

Mapping the experiences across multiple perspectives

Participants shared their current experience of how carer data is collected and managed locally and reported via the national Carers Census. I used the insights from this work to identify 7 key themes regarding the design and implementation of the Carers Census and created a staff and carer experience map to illustrate these findings. 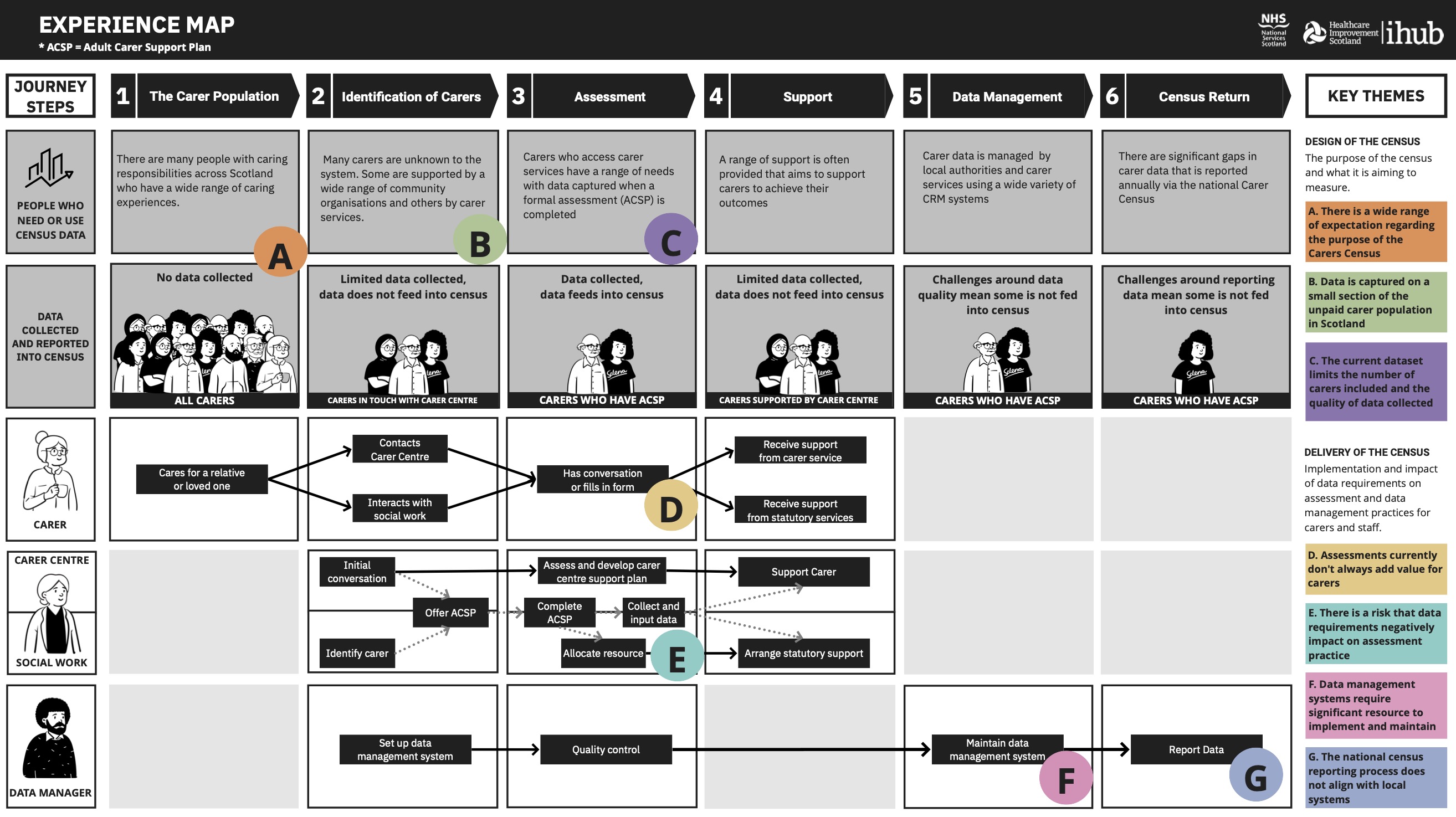 The map does not only show insights on the unpaid carer population and their journey, but also includes carer centre and social work staff, data managers, and people using census data. Showing this journey only from the end users’ perspective would have failed to explore and communicate the various root causes of the challenge lie, and hidden potential opportunities to address them. They occur not just during the delivery of the census, meaning the implementation of data requirements and its impact on assessment and data management practices for carers and staff. They also reach into the design of the census, for example agreeing and communicating a clear definition of its purpose and what it is aiming to measure. Both challenges and opportunities also play out across multiple organisations and types of users or stakeholders, as well as their interactions with each other. In order to meaningfully improve the carers census, it is vital to understand and make visible the full context and map all experiences and interactions involved in collecting, presenting, and using carers census data.

The full report explores each theme shown on the map in turn and highlights key learnings and opportunities for improvement. It also showcases evidence such as personas and quotes from participants. This report is intended to be used as a discussion tool for all stakeholders to identify next steps in improving the design and delivery of the Carers Census.